According to the latest reports, life expectancy at birth in Syria fell 20.9 years over the course of the conflict, abolishing the progress made in the public healthcare system over the course of the last 30 years. Such consequences are expected from long term military conflicts such as the Syrian conflict; however, the main question is whether Syria will be able to overcome these consequences and build a modern and efficient post conflict healthcare system?! 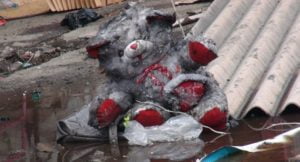 Figure 1: Wrack at the location of a suicide bombing attack that struck Jabbleh city and its hospital in 2016

The Syrian crisis has left a huge impact on the Syrian healthcare system. According to the WHO, two thirds of the hospitals in Syria were damages, and a third was driven out of service. On the other hand, according to the Brookings institute, Syria has witnessed an exodus of healthcare workers: over half of Syria’s physicians has left the country. According to a recent paper, this loss of infrastructure and workforce seriously reduced access to healthcare services: 31% of the Syrian population lives in areas where healthcare workers are completely absent, while 27% lives in areas where these workers are only partially available. These consequences were aggregated by Syria’s loss of its pharmaceutical industry capacity. This industry covered 90% of the country’s needs before the conflict; however, after the conflict this coverage fell to a mere 10%, according to a recent literature report.

It is true that the conflict has largely reduced the capacity of the healthcare system; nevertheless, the Syrian healthcare system lacked a number of essential factors. For example, there is a serious lack of eHealth infrastructure in the country. There is no active health information system in Syria. While the majority of the nations have transitioned to Electronic Health Records that store the patient data in electronic forms, the Syrian physicians still handle patient health records using outdated paper based system, leaving them with piles of archived paper work as was the case in the beginning of the 1900s. Additionally, primary care is severely underdeveloped in the country. Since the Syrian healthcare system is heavily based on the soviet module of healthcare provision, it shares this lack of primary care with many post-soviet healthcare systems. Such systems focus on secondary and tertiary care, but neglect primary care. However, primary care is essential for achieving the principle of Universal Health Coverage UHC that the WHO defined as a priority in its #HealthForAll movement. Universal Health Coverage means that everyone, everywhere can access, without financial hardship, essential and good quality health services. Universal Health Coverage in Syria cannot be achieved without a solid primary care structure in the country. Moreover, the Syrian healthcare system gravely lacks preventive care. For example, there is neither a cancer screening program, nor a cancer control plan in the country. This possibly explains the alarmingly serious consequences of cancer in the country. According to an evaluation of cancer care in Syria, over 70% of the Syrian cancer patients present with advanced stage cancer (III and IV stage). This number is very high and it considerably harms the chances of survival: the cure rate of Syrian cancer patients is 40% compared with a cure rate that can reach 80% in the developing countries. Lack of preventive cancer care possibly cuts the survival chances of the Syrian patients by up to 50%. Additionally, palliative care is severely underdeveloped and the Syrian healthcare system lacks the framework needed for palliative care. For example, cancer patients face tremendous difficulties accessing the pain killers they need to manage their pain and maintain an acceptable quality of life. According to a recent survey, over third of the cancer patients cannot secure a supply of opioid pain killers for more than a week.

Figure 2: adapted from CARE, “Building Partnerships for Health in Conflict-affected Settings”, May 2007, pp 9-10

Figure 3: adapted from “Rebuilding health post-conflict: how and where should we start?” article in The Lancet Global Health Blog

Since all systems are the products of the history and culture of a country, the Syrian approach to rebuilding the Syrian healthcare system should be Syrian in nature, and should be based on the characteristics of the Syrian environment. Tremendous hurdles lie down the road of rebuilding healthcare in Syria; however, an inclusive and well-informed approach could make the task much easier. 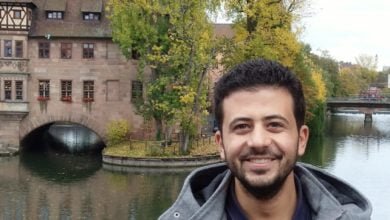 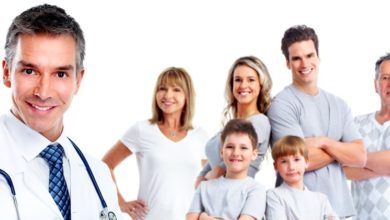 The story of MED Research Team