I first heard about evidence-based medicine (EBM) before being admitted to the faculty of medicine in a conference about medical information resources. However, it was not until my second year at med school, when I attended a workshop about evidence-based medicine and conducting systematic reviews, that I started applying to participate in Cochrane review groups. When that happened, it was not just my entry to the Cochrane community, but also to the world of EBM as a whole.

During my years in medical school, I lived a life of insecurity in my beloved war-torn country, which literally trapped me at home with just a laptop and a slow internet connection. There, my journey with massive open online courses (MOOCs) and e-learning started and caught my eyes towards the significance of research and scientific conduct. With days flowing away, it became clear that I dream of being a professionally trained medical researcher passionate in exploring the edges of neurology and neuroscience. 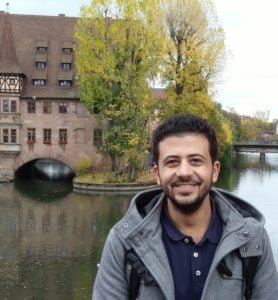 After that, I found a group of colleagues who were working on such issues in parallel and we worked together on many learning, training and research projects. I consider my friends in that core team brothers and sisters because we helped each other break the boundaries and reach to the outside world of unlimited medical sciences.

Later, I started some initiatives, like the establishment of the first recognized remote site for the NIH’s course “Introduction to the Principles and Practice of Clinical Research (IPPCR)” in 2016, and the coordination and delivery of the first Cochrane workshop in Aleppo in 2017. Furthermore, I went on an elective to the neuroscience labs and the neurology department at the American University of Beirut, where I got inspired to start my own Neurosciences Student-Run Journal Club back at Damascus University, which was considered the first journal club of its type at my institution, and taught me and my colleagues tons of methods and methodologies.

Since I was one of the pioneer students in learning and teaching EBM at my institute, I had the chance to fully organize several training events for EBM, research methodology and academic writing, in addition to training and facilitating in more than 20 other events that aimed towards increasing EBM awareness among medical students and residents at Damascus University and other medical faculties all around Syria. My overall lectures and training sessions exceeded 50 during my undergraduate years and first year in residency, and they had a great value in developing my career plans and personal skills.

Afterall I always feel thankful to Cochrane that allowed me early to become an author and a referee in several review groups, and a member of Cochrane Trainers’ Network, which contributed greatly to my overall research experience. Furthermore, I had the honor to receive a stipend from Cochrane to attend GRADE CERQual Training in Italy in 2017, where I was the youngest trainee amongst a group of esteemed reviewers from all over the world.

Despite the fact that I have not yet made my final choice between the clinical and research aspects of neuroscience, my decision to pursue postgraduate studies in Germany was underlined by my eager desire to acquire the basic medical sciences skills we missed as medical doctors in a low-resources country, and my undoubtful believe that the bench is as important as the bedside in the future of medicine. So, I am happy to be currently studying an aspect of translational sciences where our aim is to convey the pure theoratical advances in the field of neuroscience to clinical neurological approaches.

I believe research is not just about the projects you develop and the articles you publish. It is also about the team spirit! It is about participation in uncovering the unknown! it is about adequately valuing the missing part in our human knowledge! Personally, research added a methodological taste to my perception for life and developed my critical, analytical and planning skills. 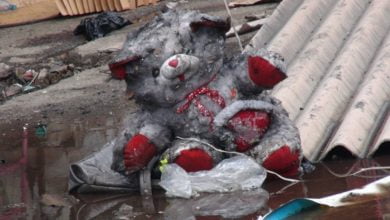 Healthcare in Syria: Is everything lost?

The story of MED Research Team